It is November and that means it is the season for holidays in many countries: Diwali for many of my friends in India, Thanksgiving for my friends in the United States, and World Toilet Day for everybody, everywhere. That includes everyone who cares about children's growth and nutritional outcomes, even people who are not accustomed to focusing on disease.

Why is World Toilet Day a holiday for nutritionists? One answer comes from this year's Nobel laureate in economics, Angus Deaton. Deaton has studied many topics, but one country he has especially focused on is India, home to some of the shortest children in the world. As an economist, Deaton has emphasised that economic status does not do a good job accounting for differences across countries in child height: children in India are shorter than children in Africa. Nor, as Deaton has shown is his work with Jean Dreze, does it appear that food consumption can explain this puzzle. But in other research, Deaton has shown that variation across countries in average height can be accounted for by differences in post-neonatal mortality, a measure of early life exposure to disease. 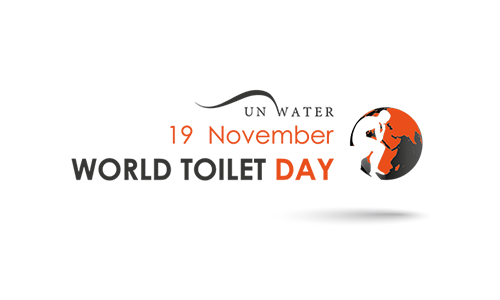 And that brings us back to toilets. In many places where poor children are too short, open defecation remains too common. Children exposed to poor sanitation suffer from intestinal disease and diarrhoea which keeps them from absorbing and putting to good use the nutrition that they are able to eat. So, among the multiple things that keep children from growing to their full potential, open defecation is one important factor.

World Toilet Day is a day to celebrate that toilet and latrine use can solve this problem. But is 2015's a happy World Toilet Day? Unfortunately, it is hard to tell. Most of the world's remaining open defecation, and much of the world's child stunting, is in rural India. There, a focus on measuring latrine construction obscures the important part of the story: latrines will not make anyone healthier unless they are used, and this requires measuring open defecation and making these data available to the public.

World Toilet Day should be a holiday for everyone who cares about child growth and development. It is a day to remember that children need both good nutrition and freedom from disease -- which means that the sanitation and nutrition communities both need one another. Let's hope these lessons are learned -- and translated into progress in open defecation in rural India that can be seen and measured in both statistics and in the height of growing children. When that day comes, the nutrition and sanitation communities and all of India's children can celebrate a happy World Toilet Day.