The Nutrition for Growth Commitments 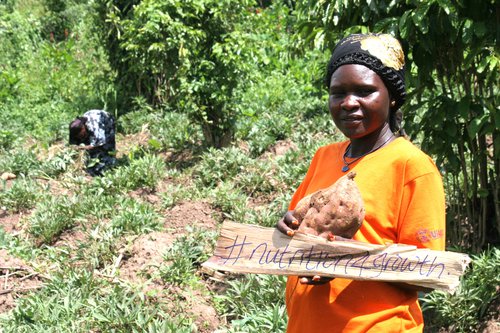 Under the leadership of the governments of the United Kingdom and Brazil, and the Children’s Investment Fund Foundation (CIFF), the N4G Summit stakeholders decided to focus on undernutrition. Commitments were made to achieve three main goals based on technical recommendations developed by a mixed group of experts from different national and international institutions:

In the run-up to N4G Summit, the N4G’s steering and technical advisory committees identified a number of high-priority areas for feasible commitments. From those high-priority areas, countries chose commitments related to (1) setting targets for reducing undernutrition, (2) stating the levels of domestic support, (3) establishing new arrangements to improve governance and legislation, and (4) strengthening the monitoring of progress and the transparency of reporting. In particular, the emphasis on governance arrangements pointed to the importance of strong executive leadership and cross-ministry coordination. In each signatory country, government focal points for nutrition, with the support of technical partners, played a key role in developing national commitments in the run-up to the London event. In most cases the commitments made in London reflected the work done at the country level. This enabled the countries to report on the results of their commitments to the Global Nutrition Report in the following years.

For businesses a first step was to support the productivity and health of their workforces by introducing a nutrition policy and improving policies for maternal health, including support for breastfeeding mothers. Some businesses further committed to improving the nutrition delivered by food systems so that mothers and children have access to the affordable, nutritious foods they need.

For donors, the emphasis was on mobilizing and aligning international resources, empowering country-led coordination arrangements, and facilitating mutual learning (for example, South-South knowledge sharing) and technical assistance. In this regard, the Scaling Up Nutrition (SUN) Donor Network developed a common methodology to track donor funds.

Civil societies committed to mobilizing private resources to support the scale-up of nutrition programs, particularly in fragile states, and they committed to coordinating actions for aligned responses to undernutrition. Advocacy and transparency of information were seen as ways to allow citizens to hold their governments accountable for their commitments and to drive forward action and progress on nutrition.

The United Nations and UN member states focused their efforts on jointly setting clear and ambitious targets for nutrition with relevant indicators within the Sustainable Development Goal agenda.