Decentralising Accountability for Nutrition in Odisha

Often we hear that nutrition is everyone’s business but no-one’s responsibility. Here is an example from an Indian state where the accountability for nutrition was decentralised in an effort to improve nutrition programme performance.

The Integrated Child Development Services (ICDS) is a pan-national scheme in India for holistic development of children under six. It delivers a package of six services, through ‘Anganwadi Centres’ (AWC) with two honorary workers -- Anganwadi worker and helper -- from the village. Typically, an AWC caters to about 40 children.

Odisha, considered a backward state in terms of its poverty levels and social indicators, has shown a reduction in undernutrition over the years, but levels still remain high.

In recent years, Odisha has taken up many measures, aimed at combating undernutrition. The Odisha paradigm of systems reform can be clubbed into four basic thrust areas: [i] systems strengthening; [ii] following the lifecycle approach, with a focus on the 1,000 days; [iii] addressing the socio-economic gradient and issues of the most vulnerable; and [iv] interdepartmental convergence.

This piece talks about one aspect of the first focus area i.e. systems strengthening.  A major reform was taken up in the service delivery under the Supplementary Nutrition Programme (SNP), the nutrition specific service of the six Integrated Child Development Services (ICDS). Delivering SNP means that every day, nearly five million people are in direct contact with the state – at the AWCs 3-6 year olds are fed a hot cooked meal, or for 0-3 year olds, pregnant and lactating mothers (and adolescent girls in some districts) are given rations to take home.

Such large-scale daily interventions inevitably suffer from leakages and opacity if provisioning is centralised. Hence, there was an administrative imperative to reform for better service delivery. Besides, the Supreme Court of India, acting on a public interest litigation on ICDS, had earlier ordered that there should be no contractors in SNP, and it should be implemented through self help groups etc. This provided the legal mandate for the move.

SNP administration was decentralised in 2011, with the objective of bringing about transparency, accountability and responsiveness in the system. Local village communities (Jaanch Committees), Women’s Self Help Groups, Mothers Committees and elected representatives were given specific responsibilities in procurement, preparation, supervision and monitoring. Detailed operating procedures for each aspect including food safety and quality were laid out.

Capacity building and training of nearly 850,000 community members, Anganwadi Workers, Anganwadi helpers and supervisory staff was done across the state using ICTs and video conferencing initially, and later through master trainers. Previously unknown entitlements were publicised through advertisements, flex boards at AWCs and folk media. All funds were routed through e-transfers on fixed days, and strictly monitored. Regular collection and updating of records at the AWC, with community oversight, has led to greater transparency.

A social audit by an NGO coalition showed that the menu was adhered to and there was a hike in children’s attendance at AWCs[1].  Over the last three years, the menu has become more varied, three eggs are given per week at the AWC (exceeding the fixed protein and calorie norm) apart from other local foods on other days. Emphasis on locally sourced fresh ingredients has resulted in increased community level egg and vegetable production, adding to the real incomes locally[2].

This model has now been recognised as a best practice by the Planning Commission of India and the Commissioners appointed by the Supreme Court of India to monitor ICDS[3]. A recent 10 state Public Evaluation of Entitlement Programmes (PEEP) survey also found ICDS in Odisha to be performing well[4], and the AWWs active and well trained.

This example shows that decentralising accountability for nutrition can work, but it requires political commitment, a sustained and large-scale capacity-building effort, the harnessing of modern technology to promote transparency and mobilising of communities to sustain the system. 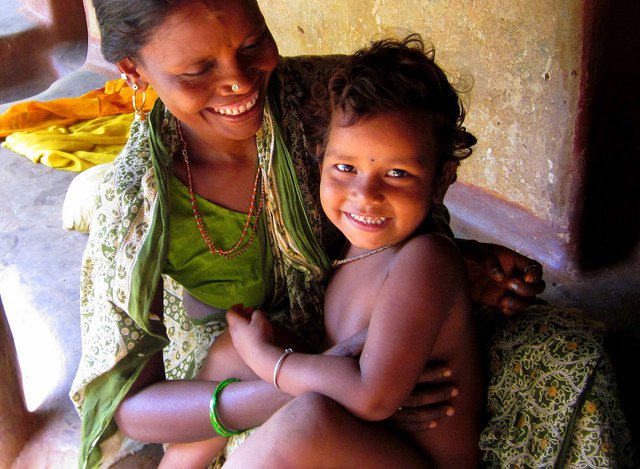